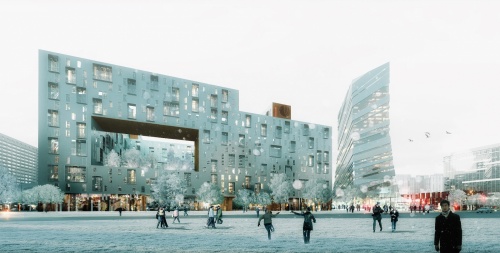 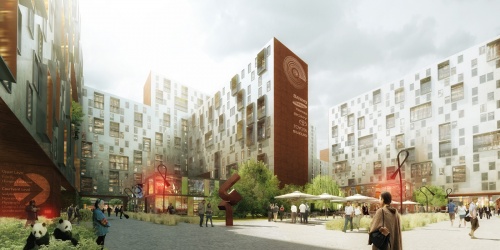 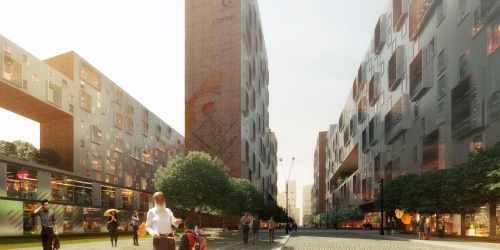 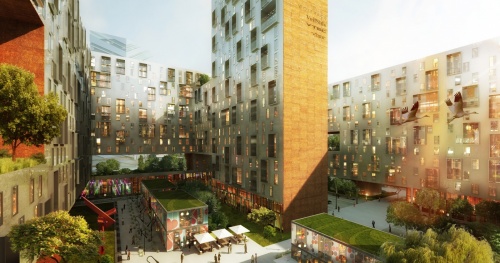 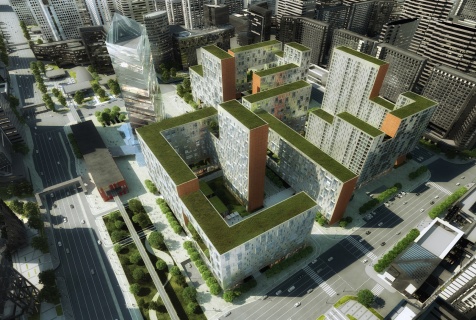 Yizhuang is a new town to the south-east of Beijing. Our project is located in the new business district, and will be the first to be constructed. The on-site breakdown of this 240,000 m² scheme will be as follows: 70% offices, 20% residences and 10% shopping centre.

Our concern was to conceive a project which will function at the three different scales which, in our view, are generated by an operation on this scale. These involve the delivery of an architectural expression which can be read at different levels: an overall layout which will define the future skyline of the town, a coherent image which expresses the local identity of the project, and consideration of the pedestrian scale. We have therefore proposed distinctive outlines, which feature the break-up of solid volumes, in spite of the density which is necessary to this project. The resulting forms are relatively simple, but nevertheless highly diverse, generating a variety of remarkable effects. Insofar as possible, we have also endeavoured to raise buildings above ground, allowing the district to function as one single and enormous plaza, blurring the boundaries between private and public spaces. Cantilevered structures and linking buildings free up the ground space and create visual continuity at any point in the district. Finally, notwithstanding highly strict regulations, we have endeavoured to promote multifunctionality in the different units. In particular, we have achieved a scattering of shops which, like small lodges, populate and enliven the large garden space at ground floor level.